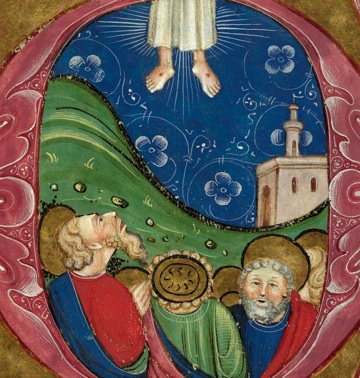 28 min documentary, produced, written, directed and filmed by Philippe Charluet,  made in collaboration with the State Library of Victoria. Screened nationally on Australian television.

‘The Medieval Imagination, Illustrated Manuscripts from Cambridge, Australia and New Zealand’ was a blockbuster exhibition held at the State Library of Victoria (over 110,000 people attended the exhibition). This documentary looks at the bringing together of 90 extremely precious books, containing amazing draftsmanship in opulent colours by artists from the 8th to 16th centuries. It logs the process of organising and curating the exhibition, including the painstaking process of shipping priceless works of art across the world - including the oldest European manuscript to ever cross the Equator.

Behind the scenes of this exhibition and its creation, lies the fascinating story of the richest repository of Western knowledge and art, from the fall of the Roman Empire to the advent of printing.

“It is extremely important that people living in one era – us today – keep contact with earlier ages. It is not good when the links are cut from the past, because I think the world shrinks.”

“These are the relics and they are almost indestructible. We can look at these books now that are 500 years old and they will still exist in 500 years’ time. It is something that is part of where we come from and where we are going to.” 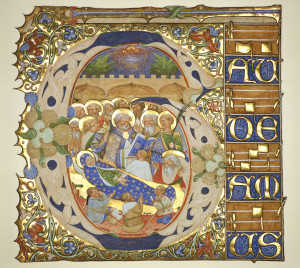